Voeg toe aan verlanglijst
E-mailadres
Tracklist
St. John Passion:
Since the first century the readings of Christ`s Passion have become a central part of the liturgy of Holy Week, and therefore it is no surprise that the `passion` gradually evolved into a distinct musical genre. The outstanding musical and artistic achievement of J.S. Bach (1685-1750) in his passions is that the biblical text remains at the heart of what is expressed in each work. Another notable feature is the large number of chorales by comparison to contemporary passions. He also observes the tradition with respect to the soloists: the Evangelist`s narrative always a tenor and the words of Jesus to a bass.
The St John Passion was first performed in Holy Week, 1724. The fact that it is in two parts is because the sermon would have been preached in between them. Althoug the two passions by J.S.Bach belong to the same tradition, there are important differences between them. Compared to the St Matthew Passion with its numerous lyrical arias and ariosos and it`s integrated tonal scheme, the St. John Passion is more dramatic, with its trial scenes, and in some respects more audacious too.
Stephen Cleobury has chosen to use slightly faster tempos than some other conductors, and his approach to the music is powerful and passionate. The King`s College Choir sings with enthusiasm, inspirational interpretation, flawless diction; in otherwords, for them `business as usual`.
The soloists are: Catherine Bott (soprano), although far from harsh, sings with a cutting edge that suits the overall approach. Michael Chance`s (alto-countertenor) lovely legato singing is extemely impressive(the consummate Bach interpreter), especially in the Aria `Von den Strikkenmeiner Sunder` (To free me from the bond of my sin), and is incredibly moving in the Aria `Es ist Volbracht` (It is finished). John Mark Ainsley (tenor) is a faultless Evangelist, who throughout emphasizes the dramatic, and is at his best in the powerful recitative `Barrabas aber war ein Morder`(Barrabas was a bandit), with its starting triplets and double dotted bass line. Stephen Varcoe(bass) with his commanding vocal timbre sings most dramatically in the Aria `Mein Teurer Heiland....`(My dearest Saviour...).Paul Agnew(tenor) sings with pathos and intensity. 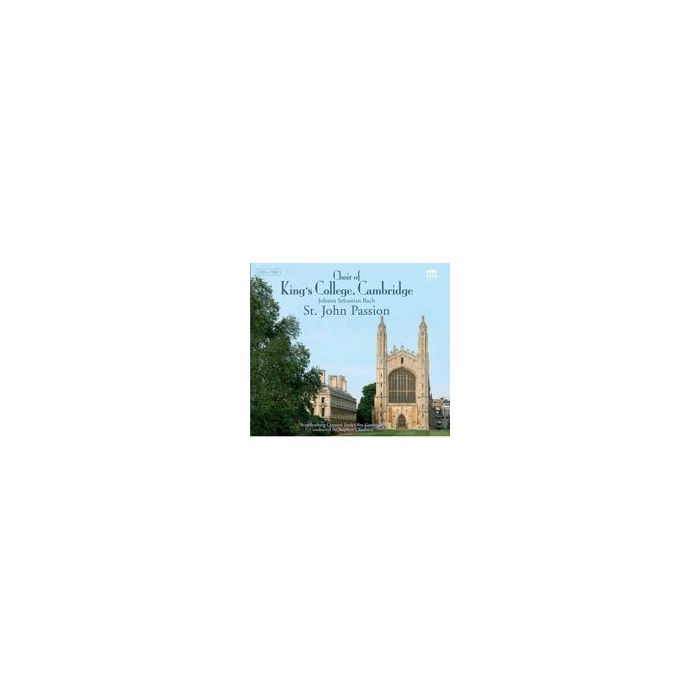